Home » Kombucha Can Be As Alcoholic As BEER | Alcohol In Kombucha

Kombucha is a fermented green or dark tea drink that contains sugar, yeast, very little alcohol, caffeine, and bacteria. Originating in China, it is now available in grocery stores and refrigerators of many families.

Public health officials in Canada led a study to decide whether the kombucha found on store shelves contains the correct levels of alcohol as shown on the label or not.

This slightly fizzy, sweet-tart fermented tea beverage is gaining popularity around the world, in part because of its purported health benefits. It also has a much lower sugar content than soft drinks and contains probiotics.

Alcohol is a by-product of the fermentation process in kombucha and is generally no more than 0.5%, which is below the percentage that makes a liquid an alcoholic beverage by law in multiple countries.

Kombucha can be as alcoholic as beer

Studies in the U.S. and Australia have found that commercially available kombucha has an alcohol content similar to that of beer, but without any indication.

The liquid often continues to ferment even after bottling. Therefore, the public health officials in Canada, in collaboration with the British Columbia Institute of Technology (BCIT), carried out a test on the alcohol levels in more than 700 samples of kombucha -this fermented tea that is becoming increasingly popular in the West. These samples were collected from grocery stores, farmers’ markets and other retail outlets.

Safety specialists in Canada say that the decision to conduct the research was made because some kombucha products may contain more alcohol than is allowed in non-alcoholic drinks. The goal is to establish best practices for the proper production and storage of kombucha for the benefit of the industry and consumers.

According to the BCCDC (the British Columbia Centre for Disease Control), after drinking kombucha, a person is unlikely to be tipsy, but consumers need to know how much alcohol is in the beverage, especially pregnant or nursing women, infants or people with weakened immune systems.

Researchers say that, sometimes, a minor difference in the temperature in which a drink is stored can have a significant effect on its alcohol content, and this also applies to the amount of time it takes to drink it.

For example, a bottle at the back of the refrigerator may contain less alcohol than one on the front row, where it is not as cold. The sugar content and the amount of yeast also have an influence.

Hannah Crum, president and co-founder of Los Angeles-based Kombucha Brewers International, says the 400-member association of growers and suppliers is looking for a way to accurately measure alcohol content, but a valid method probably won’t be found for several years.

Most adult consumers are probably not concerned about a slight or occasional increase in the alcohol content of their favorite kombucha. That said, some people cannot consume alcohol or choose not to consume any amount of alcohol for personal, medical, religious or other reasons.

Experts state that people who are pregnant or trying to get pregnant should avoid kombucha products, as there is no safe threshold for alcohol consumption during pregnancy.

Similarly, parents who wish to give kombucha to their child instead of a sweetened beverage should be aware that the presence of alcohol, even in small amounts, can be dangerous for children, as their livers are not fully developed and might not be producing liver enzymes yet.

In fact, according to researchers, a child (especially small children: 10 kg or less) could have serious health problems if they consume even 150 ml of kombucha with an ABV (Alcohol by volume) of 2.5%. Parents need to be MORE careful with homemade kombucha: because it is not made using the same standardized processes as commercial products, which means that the alcohol content is more likely to be unpredictable.

You can use a hydrometer to measure the alcohol content in your kombucha drink. A hydrometer is an item that you can easily find and use for this purpose.

Ultimately, the message is not that kombucha is unsafe, Kombucha is considered a healthy drink containing probiotics but researchers are concerned that some products may have alcohol levels higher than what is allowed – or indicated on the label.

Which could be a serious public safety issue. 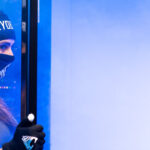