The human body can do a lot of fascinating things, including creating and pushing out a baby.

A key part of that is going to the menstrual cycle, and this in and of itself is a pretty fascinating part of the female health cycle — though many disagree since it’s quite often seen as a pain in the butt….well, uterus, technically.

Unless you are a doctor or you’ve studied up on the menstrual cycle, here are some fascinating facts that you most likely didn’t know about that “time of the month”!

The truth is there are a tonne of facts out there, some more common than others. This list is a blend of common and uncommon for a fun read. Are you ready?

Some of these are pretty interesting! Some of them are a little terrifying, too, let’s be honest! Here we go:

Most people are only ever relieved to get their period if they fear pregnancy.
So, the fact that premenstrual symptoms (PMS) can resemble the first signs of pregnancy is a little terrifying and totally not fair, especially if you’re waiting a few extra days after it’s due to start!

Don’t panic, it’s not the same blood clots can create a health problem.
It’s actually normal to have clotting during your period and it’s best described as dark red jello. While it is normal and harmless, you should keep an eye on it!
If you’re experiencing a lot of clots and you find that you always cramp a lot while you have them, you might want to give your doctor a heads-up!

There is no such thing as regularity

Unless you are on a birth control pill, which regulates your hormones perfectly, it’s totally normal to find that everything about your menstrual cycle is off.
A day early here, 5 days late there, and the period length itself will also fluctuate from 3-7 days, too.
As you get older, this will often start to settle into a rhythm, so just be patient!

Many people ,especially teens, think they are infertile (aka: can’t get pregnant) while on their period, but this isn’t the case.
Technically, you can get pregnant at any point in your cycle, so it’s important to keep this in mind if you take on the perspective that it’s a free-for-all as far as your bedroom habits!

PMS and period symptoms can change as you age

Most people experience some amount of cramping, and also emotional instability, food cravings, lethargy, etc.
The severity of these symptoms can shift, change, disappear or appear as you age.
This is because most of them are caused by hormonal changes and your hormone levels will change as your body ages.

So, did you know any of these? Are you intrigued, or just grossed out?

While these period facts don’t really make that time of the month any easier, you do have to admit that it’s kind of interesting that so much is going on behind the scenes!

Where do Freckles come from? 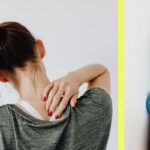